In June 2017 the public downloads for TFS Team Explorer 2012 and 2013 were removed from the Microsoft website. The links we previously included in our Getting-Started-Guide for Ivercy and TFS suddenly were only leading to a page saying: “We're sorry, this download is no longer available.”

I assumed these public downloads were removed in error and contacted Microsoft Support about this issue.

In the email conversation with the very helpful support technician I was able to establish several facts. 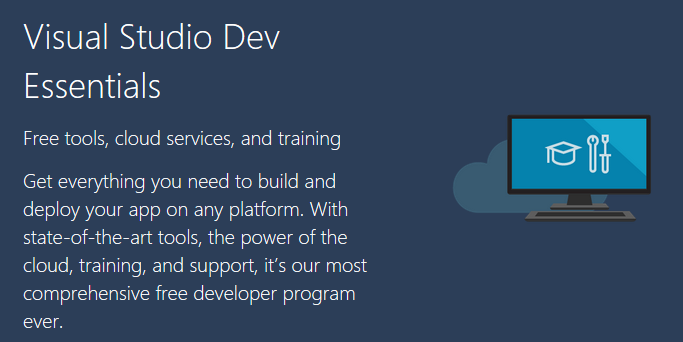 The bottom line is, there is nothing serious to worry about. The Visual Studio Dev Essentials account provides many free benefits for developers, like free developer tools, free subscriptions to training and credit for Azure services. It is a sensible decision for any developer on the Windows Plattform to get a Dev Essentials account. (Unless you got a MSDN subscription anyway.)

However, once again Microsoft completely failed to communicate this change in tool availability to the developer community. It would have been easy to include a short text on the “download is no longer available”-pages, explaining how to get Team Explorer from now on. This would have been the sensible thing to do. It would have saved many of developers from the tedious search for alternative download locations and would have prevented multiple unnecessary support cases.

Most Ivercy user do use Team Foundation Server version control as backend. This week we added some additional documentation on this combination.

The most frequent issues with Ivercy and TFS are related to messed-up folder mappings in the TFS workspace configuration. So we added an FAQ article explaining the cause of the issues and how to avoid trouble with TFS workspaces.

I felt in the mood to record a video. A recent question on how to rollback changes on TFS is a topic than lends very well to be explained in a video.

I thought of it more as an experiment to do videos that are not limited to plain screen recordings but are enhanced with a bit of video footage of myself explaining the key points of the issue. So that’s what I tried to do.

I’m pretty pleased with resulting video so I published it on YouTube. You can watch how to rollback a changeset in TFS version control on YouTube or just start the embedded video below.